4 Ways to be Bubble Free 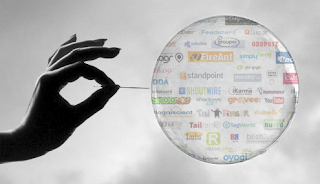 When I was younger it was a rare condition limited to kids but back then it wasn’t so bad. Having children has made me aggravated by how powerless I feel against it. Now, I am more aware and attuned to spotting the symptoms and I’m shocked by its rapid advancement in modern society. It seems to affect everyone, children and adults alike, and they don’t even realize they have it or how it affects their lives, relationships and jobs. I fear even I am slipping into its grasp.

The problem is primarily caused by the increased availability of portable gaming devices and Smartphone technology and people don’t realize they are voluntarily becoming The Boy in the Bubble. Instead of trying to reach out and escape their confinement they download more apps and buy more games adding layers and layers to their isolation.

Even seemingly social functions can keep you from friends and fun. How many people haven’t I called or written to because I figure they’ve just kept up with my Facebook and vice versa? More than I care to admit. Yet when we finally connect face to face we realize there are large chunks of information missing from the middle of our friendship.

So are you stuck in the bubble? Ask yourself the following questions:

While interacting with an electronic device, have you ever…

…bumped into something and said excuse me before realizing it was an inanimate object?
…tripped over a step or curb?
…stayed in the bathroom more than 15 minutes after you were finished with business so you could finish your level/song/status update?
…fallen into a fountain/man hole/shrubbery?
…verbally responded to your game/video/music in public?
…gotten off the elevator on the wrong floor?
…walked into the wrong restroom?
…followed the wrong people because they sort of looked like the group you were with?
…gone to the wrong car?
…texted someone when you’re alone in the same room instead of telling them out loud?

These are just some of the symptoms of being trapped in an electronic bubble. If you or someone you love is in danger of becoming the bubble’s next victim you need to stop the madness before it is too late. Make a stand and escape the habit before it becomes an addiction by beginning with these small steps.

You won’t always succeed, goodness knows I don’t, but making a conscious effort to be courteous is a start to putting people before phones.

What dumb things have you done when stuck in the bubble? Let me know in the comments below.

By Heather Fairchild - Heather is a multimedia developer with experience in web, film, photography and animation as well as traditional fine arts like painting and sculpting. In addition to writing for CommunicationsJobsBlog.net, she is co-founder of design and promotion company. Heather’s spare time consists of making puppets, teaching Sunday School, building Legos and doing science experiments with her children.