Are Computer Science Jobs Being Outsourced? 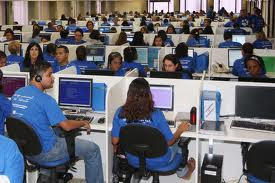 by Alex A. Kecskes
If you’re a recent computer science grad and you’re looking for a job, you might have heard about all the high-tech outsourcing some companies are engaged in.
For those who haven’t found a job, the news can be worrisome and frustrating. But the truth is few computer science jobs are actually being outsourced.
While some basic programming jobs are being outsourced to such emerging hi-tech countries as India and China, only 3 percent of all computer science jobs are being outsourced overseas. That’s because it’s hard to outsource networking, database management, and data communications jobs, since they require the employee to be on-site to properly perform many of the tasks and functions.
Companies who tried to outsource systems analysis or computer engineering functions have had to deal with proprietary issues as borders are crossed. Few companies want to share this kind of information with outside consultants. There’s also the problem of coordinating major IT projects. The headaches multiply when you’re dealing with changing time zones, multiple languages and cultural idosynracies. These issues can be a real "ball and chain" when attempting to streamline operations for optimum efficiency.
Another bit of encouraging news is that the US Dept of Labor recently reported that computer related jobs are among the fastest growing occupations for 2004-2014. Today's hot computer science jobs include:
For an added perspective, check out this video:
If you have any thoughts on computer science outsourcing, feel free to share them in the comments section.
Alex A. Kecskes has written hundreds of published articles on health/fitness, "green" issues, TV/film entertainment, restaurant reviews and many other topics. As a former Andy/Belding/One Show ad agency copywriter, he also writes web content, ads, brochures, sales letters, mailers and scripts for national B2B and B2C clients. Please see more of his blogs and view additional job postings on Nexxt.