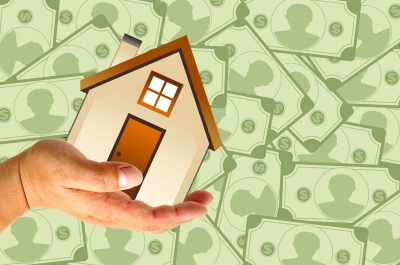 Minimum wage is a contentious topic these days. While the idea of raising the minimum wage is hotly debated across the nation, one city in Texas has recently passed laws regulating wages in one specific industry. The city of Austin, TX, has approved a resolution setting minimum construction labor rates as well as agreeing to other laws protecting construction workers from wage theft and unsafe working conditions.

On October 24, a City Council vote of six to one passed legislation requiring companies seeking tax incentives from the city to pay minimum construction labor rates of $11 or more per hour. The issue of a minimum wage for construction workers came about partly because Texas gives out a lot of money in tax incentives to lure companies from other states. However, the workers who are doing the work of constructing the homes, factories, and other buildings for those companies were earning construction labor rates that barely met the poverty line.

In addition to abysmally low construction labor rates, workers often became victims of two types of wage theft. The first type occurred when an employer refused to pay the nominal construction worker salary as agreed. Since half of the one million construction workers in the state are undocumented, companies who engaged in wage theft were able to get away with it because most workers were too afraid of being deported to report the theft.

The other type of wage theft occurred when employers purposefully misclassified construction employees as independent contractors. By doing this, the employer was no longer responsible for paying overtime, payroll taxes, social security taxes, or worker's compensation insurance. It's estimated that Texas has suffered $1.6 billion in lost federal income taxes due to practices like these.

The laws passed by the City Council make it illegal to engage in wage theft and companies must provide worker's compensation insurance to protect employees who have accidents or die on the job as well as offering basic safety training to all employees. Despite having relatively low construction labor rates, Texas has the highest number of construction-related fatalities. According to the Bureau of Labor Statistics, Texas had 10.7 deaths per 100,000 construction workers in 2010. The national average that year was 8.8 deaths per 100,000. Without worker's compensation insurance, employees and their families are left to pay medical expenses on their own, expenses which are often ultimately passed onto taxpayers.

The move toward better construction worker salary and employee protection in Austin was led by the Workers Defense Project, an organization dedicated to helping improve the living and working conditions of workers in Texas. Founded in 2002, the organization primarily assists immigrants (both documented and unauthorized) with securing unpaid wages. It currently has 2,000 members who pay dues and holds meetings every Tuesday night.

The Workers Defense Project continues to fight for what it calls the bare minimum in construction labor rates and employee safety throughout Texas. It hopes that the laws passed in Austin will set the standard for other cities in the state.