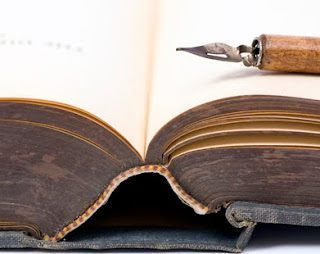 In third grade, I cheated on a spelling test. My mom would be disappointed to know my horrible habits started so young, but it’s true. I am a horrible speller and I realized it at an early age. Unfortunately, I was not clever enough to cheat wisely.

I copied down the weeks’ spelling words and hid them in my desk. However, I accidently copied the wrong week. So, even though I spelled every word right, it was not the words that were on that weeks’ test. Of course, I was immediately exposed.

From third to seventh grade, I went through a series of failed attempts at being a good student. Eventually, one of my teachers let me know what a failure I was and told me I should concentrate on sports because that was my only hope for a good future. To add more let down to my already destroyed life, I was diagnosed with dyslexia.

I had too much going against me to be smart, so I took the athletic things and ran with it, became a standout soccer player and worked to become a professional referee. However, four knee surgeries later, I had to give up the dream and find something else that would not take such a toll on my body.

I was attending college and taking the least amount of credits possible when I ran across a teacher I really enjoyed. He liked to read the comics, which was right up my alley, and he enjoyed a good story. Since I had to use my creativity in order to cover for my less-than-perfect ways in school, I developed an extensive imagination.

After just a few weeks in class, my teacher called me aside to tell me I was a good writer. He encouraged me to hone my skills and work at learning what journalism or creative writing was all about. That was all the encouragement I needed to completely dive in. Within months, I was on the school’s newspaper and before I graduated, I had stories published in the local paper.

Even with my success, it was still hard for me to believe I was smart enough or talented enough to succeed or have my words printed in a newspaper that people paid to read. I used to think, “if only these people knew I used to cheat on spelling tests, they would throw down their papers in horror.” Oh, the drama. I guess that’s part of what kept me going.

Now, almost 15 years later, I still look to that teacher for encouragement. He will retire this year from Virginia Wesleyan College in Norfolk, VA. I’m sure he touched a lot of students’ lives. But, he changed the course of mine. I am successful and confident today because he believed in me. And, in turn, I believed in myself.

Staci Dennis is a freelance writer and blogger for Nexxt. She uses her job skills and life experience to formulate unique and clever blogs and stories.

Looking for to find a school and create a better future? Continueing your education could be the right fit for you. Check out EducationJobSite to see what best fits you.