Being a Sous Chef 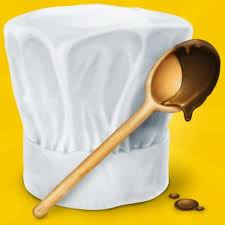 Like many people who work in hospitality, I got caught up in Hell’s Kitchen last season. It was one of those shadenfreude – “taking pleasure in another’s misfortune” – type of shows. Oh sure, I was pulling for a particular would-be chef, but I also watched to see how Chef Ramsey verbally abused his target of the week.

It was during one show that my wife asked, “What is a sous chef?” Being a neophyte to the world of the haute cuisine kitchen, I corrected her: “That’s ‘sauce’ chef. He makes all the sauces.”

Actually ‘sous’ is French for “under” – he or she is the ‘’under chef” or the one second in command to the top chef. The position has been described as “middle management,” where you have some authority, but not enough to determine direction and policy; you are there to implement the head chef’s agenda. And, as such, you catch the flack when something goes wrong. The sous chef has to admit when they are wrong and accept the responsibility when it’s another person’s fault.

So, why would anyone take such a position? Because one day they want to be a head chef and sous chef is an important stepping-stone to that exalted position.

So, what does it take to be a sous chef? As in most professions, you need to learn, burn and earn.

1. Learn. Get the best education you can. Enroll in a culinary arts school or a college that offers a culinary arts degree. Be certain to enroll in a school that has a high placement ratio for its graduates. Along the way be certain to study nutrition that will allow you to be creative as well as health-conscience (a growing demand for chefs in today’s society). Also, take a business course that will teach you how to make budgets and manage people. And remember, your education continues while on the job. Carry a notebook to write down everything. Talk to those below you and those above in the kitchen pecking order. Ask questions!

2. Burn. With the popularity of cooking shows on TV, there are not doubts tens of thousands of chef wannabes in our country today. The problem is that they are not willing to put out the effort to be a chef; which means they’re going through the motions of a sous chef. To succeed, you will have to be willing to do the work, to go that extra mile. You will go in early and stay late; you will accept the chef’s correction with a “Yes, chef!”; you will work to make your kitchen the best that it can be.

3. Earn. Ultimately, the respect that comes to the sous must be earned. You will need to step out of your comfort zone, perfecting your craft. If you prefer the grill, concentrate on pastry; sauces are your specialty, move to meat or seafood. Show that you have what it takes to be, not only an “under” chef, but a head chef. Manage like there’s no tomorrow – there isn’t! Cook like your life depends on it – it does!

Perhaps it was a sous chef who first coined the old saying: “If you can’t take the heat, get out of the kitchen.” And that’s applicable for every kitchen, not just Hell’s.

Looking to find your career in the kitchen? Check out HostpitalityJobSite.com.

By Joe Fairchild - Joe is a retiree who writes for Nexxt and enjoys working in the hospitality industry for the customer interaction and travel discounts. A veteran financial advisor and public speaker, he delights in helping others find their path and achieve their goals. Read more of his blogs at HospitalityJobsiteBlog.com.