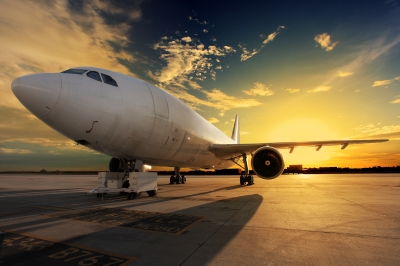 After experiencing a slump at the beginning of the twenty-first century, engineering jobs are back on the employment roster. Well, certain jobs in certain areas, that is. As a whole, the industry is still recuperating from the effects of the recent recession; certain trade subsectors, however, currently appear to be blazing the trail toward recovery. If you're looking for an engineer job and don't mind a little oceanic sunshine, why not try California on for size?

The Golden State recently made headlines when several large corporations decided to move their operations to Californian turf. The biggest fish so far is renowned aerospace leader Boeing, which recently shifted its focus from Washington to Los Angeles. The company proposed continued investment in California job growth in general and engineering jobs in particular.

If you dislike excitement and innovation, Boeing probably isn't your ideal employer. The cutting-edge company's California-based intentions include the development of supersonic jet-powered airplanes, low-emission aircraft designs, and futuristic concepts so otherworldly that they haven't even been invented. That's an engineer's job, after all.

The revolutionary planes, which Boeing plans to begin sending skyward in a decade or so, will require dedicated engineering input during the design process. Approximately sixty employees in the Puget Sound, Washington, area currently contribute to the project. When the venture reaches its new home in Southern California, it will create twenty to thirty engineering jobs on the spot, and further opportunities are expected to follow.

The NSF report dug deeper still: with 143,329 science and engineering jobs, the Silicon Valley was exposed as a major career hub. Los Angeles wasn't far behind. In 2011, 141,719 people in that city worked in science or engineering. The NSF obtained information for its study from the 2011 American Community Survey conducted by the US Census Bureau. According to NSF data, other promising states include New York, with 328,851 jobs, and Texas, with 450,316 science and engineering positions.

The California job market is booming, and with Boeing's help, the boom could reach supersonic proportions. Simply put, if you want to explore your prospects, head to the West Coast: no other state offers a greater number of engineering jobs. Who knows? Ten years from now, you might be standing on a California runway, watching your airplane design take off—literally.