Can You Save Money Just By Being Nice? Here's How! 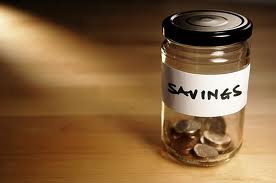 Lowering your bills just by being nice? Sounds hard to believe, but according to a recent article by the financial advisers at Mint, there are many ways that you can politely save quite a bit of money. For many of us who are out of work, looking for a job or just trying to cut back on expense, the idea of saving money is always appealing.
But saving cash just by saying please? It just can't be true. If you are like me, you were probably brought up with the idea that rules are there for a reason and have trouble asking people to break the rules for me. But, in matters of money, often times those rules don't really count, and it doesn't hurt to ask anyway.
Here are some ways that asking nicely can save you a bundle:
Overdraft fees – Overdraft fees are a killer, and they can happen to the best of us. Banks love it when we use our checkcards for every transaction because not only do they get a little piece of the fees that retailers are being charged, but they also raise the probability of being able to hit us with those $35 fees. If you have ever had a deposit take longer than you expected, then you know what I mean. If you talk to the bank and ask them nicely, there are good odds that they will actually reverse those charges. The key is to be nice and tell them that it was a mistake and ask them to remove the charge. You'll be surprised; most of the time they will.
At the Grocery Store – I never thought about haggling over the price of groceries. It just always seemed to me that the prices are set and there isn't anything you can do about it. But, it seems that many people look for products that are close to the expiration date and ask the manager for a discount. I would imagine that this would work well at Farmer's Markets near the end of the day as well. In fact, I think if I ever try this one, that would be the way I would go. I am sure that for a vendor, selling produce for less than planned is a better deal than having to take it back home or throw it away.
On your credit card fees – In this economy, credit card companies are trying to hold on to their best customers. There is a lot of competition and new laws are making it harder to get new customers approved for cards. You can use this to your advantage by threatening to close your account or to switch to another company. It seems that over half of the people who call and ask for a lower rate end up getting it. In fact, the article recommended calling your credit card company telling them that you are a good customer and that you have received several offers from other companies with lower APRs. Tell them that you want a lower rate on your card or you will cancel your card and switch companies. Most of the time they will give you what you want.
The main thing is to be polite and tell them exactly what it is that you want them to do for you. You will be surprised how much money being nice can save you.
By Melissa Kennedy- Melissa is a 9 year blog veteran and a freelance writer for EducationJobSiteBlog, along with helping others find the job of their dreams, she enjoys computer geekery, raising a teenager, supporting her local library, writing about herself in the third person and working on her next novel.