Changes Coming to the CPA Exam 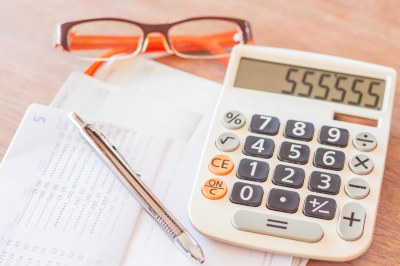 The American Institute of Certified Public Accountants confirms the organization is ready to update the next-generation CPA exam. This occurs after the initial invitation for comment phase of the project, during which the AICPA asked industry professionals for input.

The organization claims the upcoming enhancements to the CPA exam could maintain relevance for the "current practice realities" facing new CPAs. In 2014, the AICPA started a huge research project to help develop the updated examination. The invitation to comment period started in September 2014 as the organization asked stakeholders for input, including firms, academics, boards of accountancy, regulators, industry leaders and ordinary members.

Three entities within the AICPA analyzed comments, and a preliminary report indicates a few changes that may be made to the CPA exam. Stakeholders upheld the notion that four fundamentals of the examination adequately test CPA candidates. Core areas such as auditing and attestation, financial accounting and reporting, regulation, and business environment and concepts could remain largely unchanged with respect to knowledge every accountant should know.

However, many professionals felt the new CPA exam should test higher-order skills beyond basic accounting knowledge, such as critical thinking, analytical ability, professional skepticism and problem solving. The AICPA agreed to increase its assessment of these skills on each section of the examination. Computer-aided testing helps in this regard.

Two key items help modernize the CPA exam. Industry stakeholders want the new test to include the use of Microsoft Excel, and the AICPA agreed to have the spreadsheet software as part of the test starting in 2018. The organization also plans to investigate extending testing windows, allowing quicker retests and making the examination more convenient for candidates.

The exploration of a new test follows the high-profile lawsuit AICPA filed against the federal government in July 2014. The group contends a new, voluntary test for tax preparers displaces tools the IRS already has to find unlicensed preparers. Litigation in federal court contends the IRS can only regulate taxpayers and tax collection, not people who prepare someone's income tax returns. This test may become mandatory for up to 700,000 unlicensed tax preparers, pending the outcome of the lawsuit.

The AICPA's Board of Examiners has the final authority over the changes made to the CPA test. The group plans to balance new enhancements with practical issues regarding scoring and test administration. The next big step occurs in September 2015 when the organization wants to issue public input for the final version of the new examination. Feedback received from this input session goes toward the new structure, administration and implementation of the test.

The CPA exam, like accounting practices and procedures, must change with the industry. New accountants may see changes as early as 2018 when the Microsoft Excel enhancement comes online. Accountants and accounting firms should expect the AICPA Board of Examiners to make a final ruling within the next couple of years.

Photo courtesy of punsayaporn at FreeDigitalPhotos.net