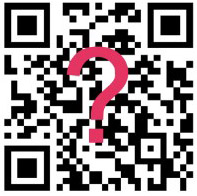 The education field continues to use modern technology as a way to reach its target audience. Traditional ways are still in full swing, as I know for a fact, having one of my oldest sons starting college just this year. The mailbox continues to be filled with letters from colleges all over the country soliciting attention in an effort to recruit. However, many colleges have taken to the cyber world in an effort to reach new recruits, using QR codes, Facebook, Twitter and other online social media services.

A QR code is that little square barcode looking thing you have probably seen before, but if you are not a user of them, probably paid little attention to it. It stands for Quick Response, and if you simply scan it with your smartphone it will take you to a site or special offer. It is a quick way for people to get you to see their offer without having to type in a long URL address. Changing business as usual, one college created their annual fall poster with nothing but the larger black and white square barcode, which led students to a special campus welcome page. The poster had generated 1,200 hits to their site so far, as well as causing a buzz and bringing additional attention to the poster and college.

Facebook has been the place to do almost everything for the past few years, and is now being accessed by colleges in an effort to also draw attention to their schools. One Pennsylvania school, Misericordia University, created a friend profile page, and started contests asking potential students to switch their profile photo with the school logo, and offered prizes like university bookstore gift certificates. They determined that out of the 370 or so students that enrolled this year, 63 of them had participated in the Facebook contests. Having a friend profile page, instead of a organizational fan page, allowed them to see and interact with potential students, getting access to conversations about the logo between other friends, etc.

Using YouTube in a different way than most schools would, the New York City New School created a series of "different" recruitment videos. While most recruitment videos portray the best of the best in the school, and are clean and professional presentations of the best of campus life, the New School went with a more street level with a more realistic look at student life. While they knew it might turn some people off, they felt it was worth it. Corey Myers, director of admission communications says "We're not trying to be everything to everyone, and that's going to turn some students off--and we're kind of OK with that." He continues, "Obviously, the New School is a little bit more progressive and out there than some of your more traditional institutions, so I doubt a lot of schools would have videos with students cursing in them ... but, ultimately, we don't want to hide who we are." The videos focused on things like the campus dating scene and the intimidation many students feel with the city.

So, if you are seeking a position within the education system, and are not so "in touch" with the world of computers, you may wish to put it on your list of things to quickly do in order to stay up with the changing ways of working with the modern student.

Jeff McCormack resides in Virginia Beach, VA. where he works as a web designer by day. In his off time he is a husband, father, mail order book store manager, and musician. Aside from being a freelance writer for this Education Jobsite blog, he also seeks to assist in career choices and information by contributing to other Nexxt blog sites.