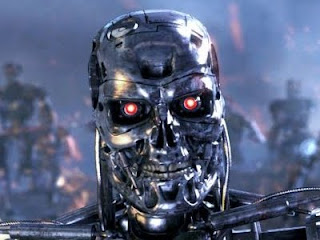 A new research center, known as Emergent Behaviors of Integrated Cellular Systems, or EBICS, will soon set out to engineer complex biological machines.

Machines that could enable plants to process information and generate a signal when they need water. Bio robots that could repair themselves and adapt to their surroundings to improve their performance. Organisms that could swim toward an oil spill, enzymatically degrading it into harmless byproducts, then replicate themselves to complete the task.

The National Science Foundation recently awarded a Science and Technology Center grant to a group of researchers to explore how such biological machines could be created. The new center will engage scientists and engineers from the Massachusetts Institute of Technology, the Georgia Institute of Technology, the University of Illinois at Urbana-Champaign, and three minority-serving institutions, the City College of New York, Morehouse College in Atlanta, and the University of California at Merced.

Charged with building living, multicellular machines that solve real-world problems in health, security and the environment, EBICS will focus on engineered systems and emergent systems. Both will utilize cell types of biological machines like neurons, muscle cells, and endothelial cells through stem cell differentiation.

The design of new forms of life using engineering and biological approaches is no longer science fiction. Engineers can already genetically reprogram single cells, enabling them to perform functions not possible in any naturally occurring biological system.