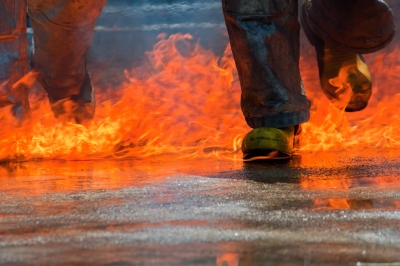 The recent recession took a heavy toll on the world economy and hit the construction industry—and construction jobs—particularly hard. During economic slumps, corporate expansion and renewal plans are shelved or canceled; the demand for building projects goes down accordingly and with it, the number of construction jobs. After a five-year downturn, the construction industry finally had the chance to begin rebuilding in 2012 and, predictably, many businesses jumped enthusiastically at the chance to grow. Unfortunately, redevelopments came at a heavy price: safety measures were forgotten in favor of productivity.

The Great Recession started in America in December 2007, quickly becoming the financial equivalent of a metachronal wave, traveling over the continents and causing upset from the West to the Far East. Its origins are still hotly debated in the economic sector. One thing is clear, however: the beginning of the recession was exacerbated by monetary mismanagement at several key financial institutions.

Risky property investments and overzealous mortgages led to so-called housing bubbles which, like most bubbles, eventually popped. The global credit market rapidly withdrew its support for ailing mortgages during the 2007–2008 fiscal year, and wealthy companies became comparatively worthless, collapsing as a result.

Astronomical—and metaphorical—debt bubbles aside, the recession had an immediate and profound effect on construction jobs because of its literal origin: the global property market. To stay afloat, companies had to scale back, skeletonizing teams in the process. Many business owners found the accompanying stress difficult to handle and shut down their operations as a result.

At this point, European markets are experiencing the downturn; however, the recession has weakened its grip on America, allowing construction companies to rebuild assets and expand once more. Construction jobs and the number of construction-related work hours rose by 1 percent in 2012 as smaller teams took on more work for often-impatient customers.

Perhaps unsurprisingly, job safety suffered as a result. The number of construction workers killed in work-related accidents increased by 5 percent, from 735 in 2011 to 775 in 2012. Again unsurprisingly, many of the personnel killed were employed in the oil-production and gas-extraction subsectors. Shale-oil-, tight-oil-, and natural-gas-extraction techniques—fracking, for example—have become commonplace as the American oil industry gathers pace in states such as North Dakota. Offshore oil drilling has also become a major part of the US economy in recent years.

Often, building projects commissioned by oil companies involve the construction of tall, potentially hazardous oil wells. Predictably, many of the accidental deaths on construction jobs sites in 2012 were caused by falls. Of the 177 people killed in the private mining sector, 138 were involved in oil- and gas-extraction projects.

The Occupational Safety and Health Administration (OSHA) recently launched an awareness campaign as a response to the increased fatalities. Its "Fall Prevention Training Guide: A Lesson Plan For Employers" provides guidance and advice about job safety to construction company owners, foremen, and crew leaders. OSHA's twenty-four-page publication addresses a number of scenarios, including scaffolding, ladders, and roofs. According to OSHA, any fall from a height of six feet or more can easily prove fatal.

With the global economy on the move once again, you might be tempted to work twice as hard to gain ground after the recession. However, it's more important than ever to remain aware of important safety practices as you embark on new construction projects, particularly when clients are impatient and you have an enthusiastic crew. Thankfully, OSHA materials can help you train your teams and reduce the risks of serious accidents on construction jobs.