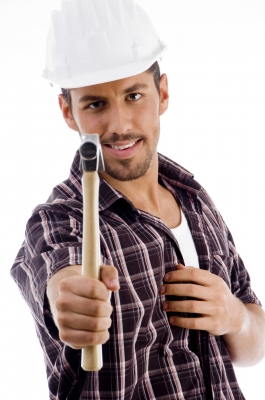 Finding work can be difficult for construction workers, especially in areas where stagnant economies have resulted in fewer new buildings being produced. Construction jobs typically become available in areas with solid economic growth or unexploited opportunities such as the discovery of natural resources or an enhanced ability to harvest them. Reports early this year by the US government have been favorable for construction in the United States, though a recent July report by the Bureau of Labor Statistics shows no real improvement in the jobless rate during that month.

Construction jobs have been on the rise since the early part of this year, due in part to a burgeoning construction market in many areas of the country. Ten states have shown a construction boom that flanked developments in agriculture, manufacturing, and energy. These states, which include Iowa, Kansas, Wyoming, and South Dakota, have noticeably lower overall jobless rates, resulting in excellent availability of construction jobs, some at higher-than-usual pay rates due to greater local demand.

While June definitely showed a construction boom and lowered jobless outlook in many markets, July's results from the BLS remained stable. This is not a bad thing, as periods of growth may be followed or intermittently interrupted by level markets. It is not the sign of an ending boom or of the economy's imminent return to shedding jobs, and understanding these numbers can go a long way towards alleviating concerns that the availability of construction jobs may shrink in the future.

The jobless rate itself is an unstable indicator of how easy it is to find work in the United States. Two different methods of evaluating the job market can cause confusion among workers and statisticians alike. The jobless rate may be affected by the number of workers who have given up on seeking construction jobs as well as those who have settled for part-time work when full-time positions remain unavailable. These seemingly minor changes in the figures can have a dramatic impact on local job markets, which means that the jobless rate itself is not an easy method of telling whether or not it is possible for workers to find steady employment.

The future for construction jobs is far from bleak, and many states are seeing exceptional growth in a wide selection of industries that require regular construction work. Early reports this year showed jobless rates falling, and a July report shows a stable rate for that month in 2013. Those looking for work in the local area may need to consider relocation to states with lower overall jobless rates or stronger economies, but statistics may not always be the best method of determining whether or not construction jobs are available in a given market. Careful examination of the numbers and the target geographic area may lead to gainful employment for workers and financial stability for their families.