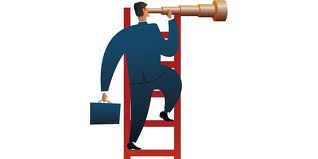 Like just about everyone else who's been asked, the nation's warehousing and distribution managers are guardedly optimistic about their business prospects for the year ahead. But they're still keeping a close eye on costs, cutting them wherever possible, and they're not making big expansion plans. On the other hand, widespread layoffs aren't part of the picture either.
The latest crowd forecast for 2011 comes in the current issue of DC Velocity magazine, the leading trade publication in the logistics management industry. The magazine conducted an online survey of its readers shortly after the November midterm elections; 193 people, mostly manufacturing and distribution workers, responded to the poll.
Slightly more than half the respondents - 52% - said they were optimistic that economic conditions would improve in 2011. 26% were unsure which way things would go in 2011, and 22% were pessimistic.
As for how much conditions would improve, the respondents were more optimistic about prospects for their own companies than for the economy as a whole. Thirty-seven percent of survey respondents forecast strong sales growth for their own companies, but 48% said the economy as a whole would grow only modestly in the coming year.
That latter statistic may explain the continued concern with savings expressed by the respondents. Most of them -- more than 40% in each case -- planned to cut trucking costs by either consolidating more shipments into truckloads or renegotiating shipping rates with carriers. The good news for job-seekers in the industry: only 10% say they plan to lay off workers in the coming year, and only 9% say they will outsource their own distribution operations. Tempering this good news is the fact that, as mentioned above, none of the respondents stated they planned to expand their operations significantly in 2011.
Still, if the respondents' predictions for their firms' own performance in 2011 prove correct, and if firms in other industries have the same experience, those light gray forecasts could turn much brighter as the year progresses.
Get your career on the road to success - check out the jobs available on LogisticsJobSite.com.
By Sandy Smith
Sandy Smith is an award-winning writer and editor who has spent most of his career in public relations and corporate communications. His work has appeared in The Philadelphia Inquirer, the Philadelphia CityPaper, PGN, and a number of Web sites. Philly-area residents may also recognize him as "MarketStEl" of discussion-board fame. He has been a part of the great reserve army of freelance writers since January 2009 and is actively seeking opportunities wherever they may lie.