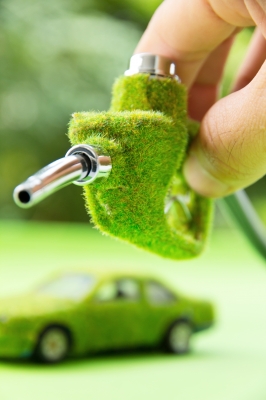 Electric cars are nothing new—indeed some of the earliest cars were electric ones, relying on a series of batteries for power. Of course, the advantage of gasoline meant they were quickly outclassed in the '20s and '30s by cars that could be refueled in less than a day.

However, gasoline and diesel have major disadvantages: they're expensive and are going to run out in the next few decades. While electricity might run out eventually, that will take billions of years. Our sun will be a red giant by then, and ground transportation will be the least of our worries.

Electricity is a viable option thanks to the advent of high power density batteries. These can be rapidly recharged, although doing so is rather bad for battery life, ensuring that people can carry on with their journeys.

The main advantage of an electric car is its motor. Electric motors only have one moving part, unlike internal combustion engines, which have dozens of parts, any number of which can go wrong. Electric motors are, therefore, usually cheaper and easier to repair when they go wrong. These motors are smaller and don't require explosive fuel to be stored in the car.

Batteries tend to be stored along the chassis of the car, a technique favored by most manufacturers, including Tesla. This means the bulk of the weight is distributed evenly and allows for a really low center of gravity. This makes an electric car much harder to tip and ensures better handling, although high-end gasoline cars compensate for this with diffusers, spoilers, and other aerodynamic gizmos.

The lack of a solid block of steel in the front—or back, if it's a Porsche 911—means that crumple zones can be much bigger, and there's more storage space. It also means the car can be shorter. Power distribution throughout the car is also simpler as no gearbox is required thanks to the even torque distribution—you don't get all the power at a limited range of revs.

The Tesla Model S is reportedly so safe that it's very difficult to tip over for the standard roll tests. In addition, the roof crush tests apparently broke the machine that was supposed to be testing it—the roof withstood over four Gs of pressure. This is all possible thanks to the solid engineering that's gone into this electric car. It's so good that even Mike Jackson, CEO of AutoNation, has said he wants to sell it.

The crash survival principles behind an electric car are no different to those behind a conventional car. The main difference is the size and location of the engine. The fuel source is very different, however, and only major advances in electrical storage technology will keep it on our roads. While the electric car may only be a brief step from gasoline to hydrogen, it's one that could be worth making until the hydrogen economy gets going.