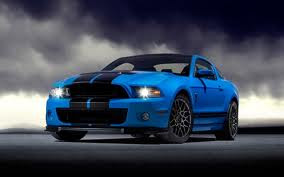 by Alex A. Kecskes
While gas inches upwards toward $4 a gallon and automakers are scrambling to develop “greener” electric cars, there’s still one segment of the auto industry that’s retro-fixed on pure gas-guzzling muscle. If you’re considering a career in automotive engineering and long to develop powerful cars, there’s still hope for performance buffs like you.
Consider the 2013 Shelby GT500. It will boast a 5.8-liter, 650-pony supercharged mill that Ford claims is the most powerful production V8 in the world. A carbon fiber driveshaft transfers a whopping 600 lb-ft of torque to the rear wheels, enough to make you believe you’re in a “Funny Car.” Not that you would, but just knowing that you could, Shelby’s top speed is over 200 mph. That makes it the first Ford since the GT supercar that can outrun a police chopper. Applied to this beast, the term fuel economy becomes an oxymoron. Still, the car seems to have avoided a gas-guzzler tax.
To accommodate the new Shelby’s performance needs, Ford did some serious retooling under the hood. There’s a new supercharger, intake system, intercooler, clutch and transmission gearing. Ford is also introducing an active suspension option with electronically adjustable Bilstein dampers for a smoother ride. The car’s stability and traction control systems have also been retuned, featuring launch control (for optimum “jack rabbit” starts).
For an added perspective, check out this video:
Got any thoughts on auto engineering jobs? Include them in the comments section below.
Alex A. Kecskes has written hundreds of published articles on health/fitness, "green" issues, TV/film entertainment, restaurant reviews and many other topics. As a former Andy/Belding/One Show ad agency copywriter, he also writes web content, ads, brochures, sales letters, mailers and scripts for national B2B and B2C clients. Please see more of his blogs and view additional job postings on Nexxt.