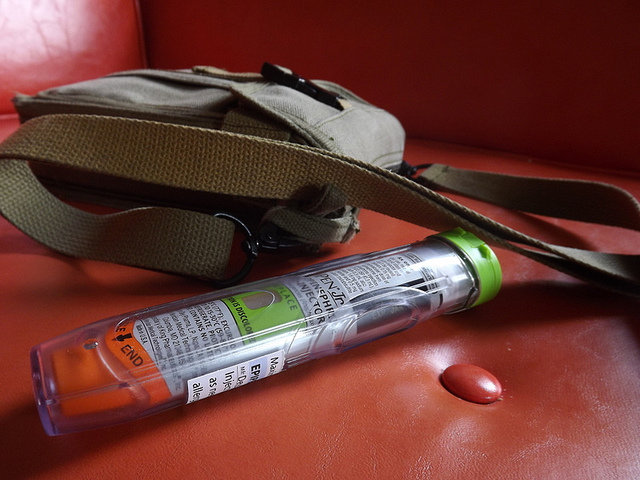 There has been much outrage after the latest price hike announced by Mylan concerning its EpiPen auto-injector. Over the past 10 years, the price has risen from approximately $100 to $600 for a pack of two, as of September 2016. While price hikes are nothing new, particularly when a patent is about to expire, recent events have pushed the focus onto how much drug companies are charging.

The EpiPen is a device for the treatment of anaphylaxis, commonly known as an allergic reaction. It contains epinephrine and is directly injected into the muscle to reduce the potentially fatal swelling that can occur with anaphylaxis. Epinephrine itself is a low-cost drug — without the auto-injector, it costs less than $10 a shot. Because the auto-injector is a patented product though, Mylan can charge what it likes. Previous price hikes ensured that Mylan reaped more than $1 billion from its EpiPen in 2015 alone.

The U.S. health care market relies on constant innovation, and it's theorized that when a company initiates price hikes, it eventually reaches a point where a competitor is likely to enter the market. However, that's often impractical due to the nature of the patent system, which grants a monopoly over the rights to a device, drug or design for 14 or 20 years, depending on whether it's classed as a design or a drug, and devices still have to receive FDA approval.

As a result, it's hard for new actors to enter the market with a similar product. Teva, an Israeli pharmaceutical, attempted to enter the market, but it failed to gain FDA approval, and the total recall of Sanofi's Auvi-Q for inaccurate dosing removed another competitor. It's the same with economies of scale. While a bigger company may be able to produce goods or services more cheaply, it often has more overhead and more shareholders.

Some commentators blame the rising cost of drug discovery programs for these price hikes — research is a sizeable portion of any pharmaceutical company's budget. Yet in the United Kingdom, the NHS pays approximately $71 for each auto-injector. This is because the NHS is a virtual monopoly in the health care market, so Mylan would lose the opportunity to target 64 million people at a modest profit. In addition, it doesn't have to advertise in the U.K. — indeed it is forbidden from doing so.

It should come as no surprise that the marketing section in the balance sheets of major pharmaceuticals in the United States tends to be equal to or higher than the research and development budget. In addition, immediately before generics enter the market, branded pharmaceuticals often have significant price hikes to compensate for the potential loss to the company's bottom line.

Ultimately, the various price hikes can be seen for exactly what they are — price gouging. While innovation may be key to entering the market and lowering prices, that only works if there are competitors with similar resources. Mylan's aggressive marketing has ensured that the EpiPen remains the number one auto-injector despite its price gouging tactics.