Fun Facts About Construction at the Olympics and the World Cup 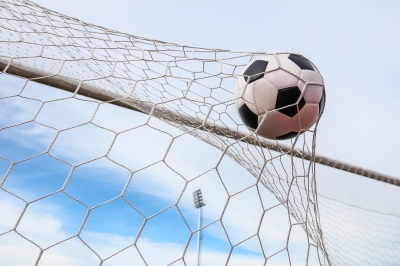 Sports events are a major source of revenue for their host cities, but the travel and tourism industry is not the only sector to reap the benefits. When cities host major sports events such as the Olympics and the World Cup, they often need construction workers to renovate existing facilities or construct new ones. As a result, construction firms hire more workers to meet the increased demand for their services. Review these construction facts to learn more about the massive amount of work that must occur in advance of major sports events.

Tokyo will be hosting the Summer Olympics in 2020, and government officials are already thinking about letting workers from other countries assist with event-related construction. Japan typically restricts the entry of workers from other Asian countries, but there is currently a shortage of laborers available to meet the increased demand for construction workers. Government officials are considering relaxing the entry guidelines and allowing workers from Vietnam, China, and other Asian countries to take some event-related construction jobs. Officials expect construction for the Tokyo Olympics to begin in 2015, so they need to overhaul the country's on-the-job training program quickly.

Qatar will be hosting the World Cup in 2022, but workers have already started renovating existing structures and planning new ones. Officials plan to renovate three existing stadiums and build nine new stadiums. Unlike many of the other venues used for sports events, these events will have soft air conditioning. This is because the World Cup typically takes place in June or July, when the daytime temperature in Qatar is usually more than 100 degrees Fahrenheit. Qatar will be investing tens of billions of dollars in the new stadiums as well as hotels and transportation infrastructure, giving construction workers many opportunities for employment.

Russian organizers say the Sochi 2014 Games will be the "most compact" in the history of the Winter Olympics. More than 70,000 workers have participated in constructing all of the venues needed to accommodate these major sports events. All of the competition venues in the Coastal Cluster are within walking distance of each other, which will make it easy for guests to enjoy the event. There is also a Mountain Cluster, which is approximately thirty minutes away from Olympic Park. Construction workers built new infrastructure in this cluster to accommodate the large number of people expected to flock to Sochi for the 2014 Winter Olympics.

These construction facts give you just a glimpse of how each nation prepares for major events such as the Olympic Games and World Cup. Some countries, such as Qatar, must build several new facilities to accommodate the sheer number of people expected to attend these sports events. Other countries have a shortage of construction workers, so officials must come up with ways to address the shortage without taking jobs away from their citizens.