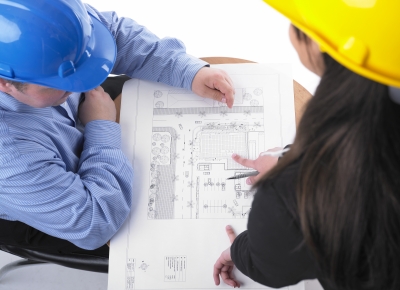 With homebuyer and homebuilder confidence on the rise, businesses can expect to see a boost in construction growth across the United States. Throughout June and July, local media outlets highlighted numerous construction projects that involve building homes and planning long-term commitments to create entire subdivisions. According to Moody's Analytics, the growth is expected to continue at an accelerated rate through 2014.

In June, the National Association of Home Builders, in conjunction with Wells Fargo, released a monthly homebuilder sentiment index of 52. That measure reflected a sharp increase over May's number, which was 44; the month-over-month increase was the highest since 2002. The June rating spells good news for companies in the business of building homes. When the index spikes over 50, it means more homebuilders view market conditions as favorable for sales. Although the number barely climbed over that important benchmark, June's rating was the highest the index has climbed since the pre-housing-collapse days of April 2006.

Construction growth related to new homes is being driven by increased demand. Strong growth in spring home sales has allowed companies building homes to tag completed projects with more lucrative prices; an uptick in buyers also allows construction companies to continue building homes without dealing with a backlog of unsold properties. A prime example of this new confidence is the Rancho Mission Viejo homebuilding project in Orange County, CA. The project, which was designed to build a 14,000-home community over the course of twenty years, is already underway. Around a thousand homes are being raised in what is known as Sendero—some of the homes were built during the past few years and sat unoccupied while the housing market brewed. In the wake of new buyer demand, the project is seeing increased sales and builders expect to continue building homes at a rapid rate.

In many areas, the increase in homebuilding translates into a positive job market for individuals in skilled trades like carpentry, construction, plumbing, and electricity. According to official reports, the 400 jobs were created in Nevada's Washoe County due to rising construction in March and April of this year. The area, which experienced unemployment rates above 15 percent in recent years, is slowly recovering from the recession. In past Reno-area economic booms, construction helped bring unemployment to impressive lows; now, as construction blossoms again in the desert, companies are struggling to find enough skilled laborers to complete projects.

After a few hard years, construction companies of all sizes are coming out of the desert and drinking at an oasis of high demand and strong sales. Companies across the country are building homes and selling them, contributing to stronger local economies, more positive consumer outlooks, and declining unemployment rates in many states.