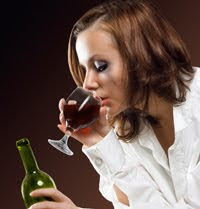 Research has revealed that hospitality employees like to imbibe regularly and a bit too often. A study released by George Washington University Medical Center found that 15 percent of hospitality industry employees have alcohol problems—more than those working in other industries. While most employees in the survey were not dependent on alcohol, their alcohol use could potentially result in short-term safety problems and long-term health consequences.

A number of reasons were cited for hospitality industry workers propensity to indulge. One primary factor is alcohol's easy availability in hospitality settings. Another reason is the hospitality industry's workplace culture, which, especially in bars and nightclubs, is the lighthearted attitude toward alcohol as a "party" beverage.

It's also a youth problem. Unless you're talking about senior management, the hospitality industry tends to have younger workers who are constantly surrounded by alcohol. Which explains why more than 18 percent of workers 18 to 25 have an alcohol problem. Moreover, the hospitality industry typically employs more men, who drink about twice as heavily and twice as dangerously as women.

Another problem is that employees with an alcohol dependency will work under the influence or with a hangover. This occurs more often among younger, unmarried workers. Evening and night shift workers and those working nonstandard, irregular or flexible hours were also more likely to drink before coming to work.

Alcohol problems in the workplace pose a tremendous hidden challenge because very few people with an alcohol dependency are ever identified. Excessive alcohol use costs U.S. employers billions in lost productivity, absenteeism and additional health care costs every year.

For an added perspective, check out the video Chronic Disease in the Workplace