How will Japan’s Disaster affect my Electronics Logistics? 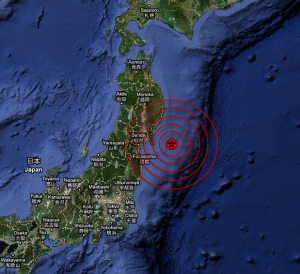 I do not intend to seem insensitive by asking this question while the families of that incredibly resilient and resourceful country work hard to regain some sense of sanity and organization. The immeasurable impact on human lives and logistics infrastructure will never be completely felt by those of us that are not there. In addition to this, Japan’s electronics industries, many of which are central to the world’s production of many products are only partially slowed. They will repair, reset, and continue to thrive as their nation moves forward.

In his article for SCN, David Keene comments that “It will take more — much more — than this to knock Japan down. And even as the infrastructure crises are dealt with day-to-day in Japan, the formidable electronics, video, and CE industry will forge ahead. It’s doing so, today.”

Mr. Keene continues: Perhaps not surprisingly, Japan's Internet infrastructure has held up remarkably well. According to the Internet performance monitoring company Renesys, Internet traffic to and from Japan dropped by about 25 gigabits per second in the immediate aftermath of the earthquake, but returned to normal levels only a few hours later. Traffic at Japan's JPNAP Layer 2 Internet exchange service appears to have slowed by just 10 percent since Friday, according to Renesys.

The electronics industry is based on semiconductors, of course, and Japan’s chip factories are at the center of the worldwide industry. Approximately 20 percent of all semiconductors and roughly 40 percent of all flash memory chips used in cell phones, smartphones, PC’s, and tablets are made in Japan. As much as China, Indonesia, and other Asian countries have opened chip factories, Japan still reigns when it comes to the manufacturing of the more sophisticated chips, whether for iPhones or for DLP projectors. Putting a hundred million micro-mirrors on a chip the size of a postage stamp (as with Texas Instruments’ DLP chips) is not something you can farm out anywhere.

When the damage has been repaired — when the Japanese plants that produce not just the chips that power the worlds’ great products, but great finished products as well — are back up full-speed, we’ll all breathe a sigh of relief. Because the Japanese electronics industry is the economic backbone and the pride of a great country, that stands alongside this one, in a perennial striving toward excellence in design, process, and go-to-market execution. Godspeed to our Japanese colleagues in the commercial AV, projection, flat panel display, digital signage, semiconductor, cellphone, and smartphone industries, as they bounce back quickly, and come back even stronger than before.

To all of our friends and commerce partners in Japan, you are in our thoughts daily and we send you peace, a wish for healing, and the confidence that you will rebuild. Acknowledging that the task may appear insurmountable from today’s vantage point, I will close with my usual and sincere tag line.
You can do this!
By K.B. Elliott

K. B. Elliott is a freelance writer for LogisticsJobSite.com. Working various logistical positions in the Detroit area for over 30 years gives him a unique perspective on the process. To read more of his blogs, please go to LogisticsJobSiteblog.com, and be sure to check out the postings for jobs in nearly any industry at Nexxt.
Ready to find that next position as an experienced Logistics Professional? Find your dream job at: LogisticsJobSite.com