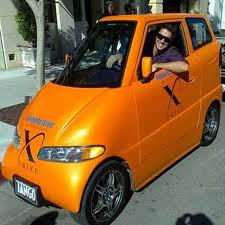 Participants in the annual Automotive X Prize competition have one major goal—build a car that averages 100 miles per gallon.

This year, designers on each team utilized a wide range of innovations in design and propulsion--everything from unconventional engines to no engines at all. The designers had cart blanche, which revealed some very creative thinking. Some cars borrowed from standard automobile bodies; others resembled race cars or experimental aircraft. Not every car had four wheels.

One tear-drop shaped car equipped with a motorcycle engine weighed less that 750 pounds. Another entrant, an extraordinarily narrow battery-powered car called the Tango, comfortably seats just two people--one in front of the other. There were quite a few dropouts that didn't make the initial cut--out of 26 entries, only 15 made it to the finals.

Established in 2007 to encourage the development of high-efficiency vehicles, the X Prize Foundation features a $10 million prize pool for the winners. To win, the team must present a car that gets at least 100 miles per gallon of gasoline, emits less than 200 grams of carbon dioxide per mile (taking into account the full well-to-wheels fuel cycle) and meets EPA standards for other emissions. Winning cars must also meet a minimum safety standard and be backed by a real business plan for mass production. Should more than one team reach these benchmarks, a race would determine the winner.

For more information on Engineer jobs, check out: http://www.engineer-jobsite.com/