Illegal workers and the Hospitality Industry 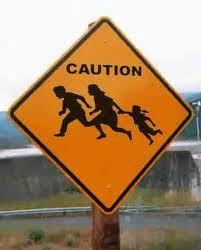 There is no doubt that one of the hot topics in the United States is the matter of our porous borders, especially along the southern border. Illegal aliens – or “undocumented workers” – make up 11-15 million of our population. Many, if not most, come across the border seeking a better life for themselves and to provide for their families, both here in the US and back in their country of origin. They take the jobs that “Americans wouldn’t take” in the fields, in construction and landscaping, and, yes, in the hospitality industry.

While the federal government might drag its feet in setting a coherent and practical policy on illegal immigration, many states – not just Arizona – are enacting and enforcing their own bits of legislation. These states’ laws are forcing the feds into action. It was recently reported that the Immigration and Customs Enforcement Agency (ICE) in Minnesota (!) conducted a surprise inspection of a nationally known restaurant chain. They were reviewing I-9 or “Employment Eligibility Verification” forms. As a result, hundreds of workers across the state were immediately let go.

The fall-out from such a situation this can severely affect a restaurant or hotel. In the above case, there have already been protests from immigrant-supporting organizations calling for a boycott (just as there was a boycott against Arizona for its anti-illegal immigrant actions) and a class-action law suit filed by former employees. Likewise, any company might face a consumer backlash (a “reverse boycott” if you will) from those strongly opposed to illegal immigration and the businesses that hire them. Managers and board officials will certainly have to answer to stock-holders as fines are levied and expansion plans put on hold.

It has been said that the Hospitality Industry, more than any other, is dependent on the flow of cheap labor. High school kids and entry or part-time workers, the reasoning goes, will not take a job as a “hamburger flipper” or housemaid or dishwasher. With recession and inflation, resulting in tight tourism spending, many hotels and restaurants cannot survive if there is a spike in employee costs. At the same time, financial constraints might force American citizens into these previously “unwanted” jobs.

From this we can draw three conclusions:

First, those in the USA illegally need to be aware of the fact that the government, federal and local, are clamping down.

Second, hospitality businesses need to be careful, making certain that they are in compliance with the law, both federal and state, or be prepared for the consequences.

Third, there may be an increase in job opportunities for legal citizens looking for a starting, part-time or temporary job in the industry as illegal laborers leave – or are forced from – those positions.

By Joe Fairchild - Joe who writes for Nexxt, has a strong background in employee training and customer service. Semi-retired, he continues working in the hospitality industry for the customer interaction and travel discounts. A veteran financial advisor and public speaker, he delights in helping others find their path and achieve their goals. Read more of his blogs at HospitalityJobsiteBlog.