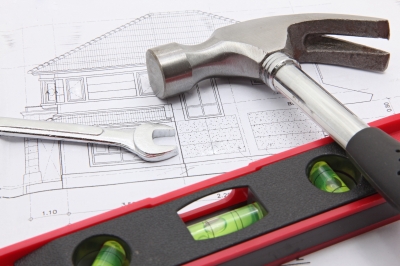 During the winter of 2013 and 2014, the United States has been hit with dramatic winter storms and extremely low temperatures. For the construction industry, the weather has had a considerable impact: new house construction numbers dropped significantly in January.

According to a recent story from The Wall Street Journal, the number of new house construction projects fell by 16 percent in January. In December, there were 1.05 million housing starts. Economists had predicted that housing starts would fall to 950,000 in January as a result of cold weather and other economic factors, but instead, the number fell to 880,000—the lowest result since September.

January's decrease in new housing starts and permits marks the largest decline in nearly three years, and many experts ascribe the dramatic drop to the extreme low temperatures. Cities across the country have experienced dramatic winter weather, which has crippled the industry and brought many winter construction projects to a halt. Ice storms, low temperatures, high winds, and blizzards have prevented many new house construction projects from starting.

The drop in new house construction has been particularly severe in the Midwest, which has been battered by multiple storms since late 2013. In January, Midwest housing starts dropped by a startling 67.7 percent, causing concern for many construction companies. The cold winter weather has affected other parts of the country as well; in Austin, Texas, which has been experiencing a construction boom, temperatures dropped below freezing as residents dealt with ice and high winds.

Curiously, the Northeast, which has also been affected by severe winter weather, did not see a drop in housing starts. Instead, the number of new winter construction projects increased by 61.9 percent. The South and the West experienced decreases in housing starts of 12.5 percent and 17.4 percent respectively.

The cold weather was not the only factor affecting new house construction in the United States. In late 2013, rising interest rates and the economy's loss of momentum also contributed to the housing market slowdown.

Overall, the construction industry did not see a decline in January; in fact, it added 48,000 jobs, the largest increase the industry has seen in a single month in nearly seven years. This growth is a positive indicator for construction professionals, particularly for those who have been hurt by the cold weather of the past several months.

Though the extreme winter weather has had some effect on new house construction starts, it is not the only cause. To make smart business decisions, construction professionals would be well advised to keep an eye on the performance of the housing market in the coming months.