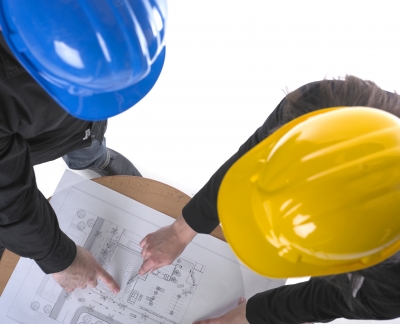 Since the United States economy bottomed out in 2008, the construction industry has been struggling to regain a portion of its former strength. Troubling problems, including a lack of construction jobs and low construction rate, have plagued the industry. In the last several months of 2013, however, the industry outlook and job rate have picked up.

In December 2013, the United States Bureau of Labor Statistics (BLS) released its monthly jobs report, which focused on the state of the labor market in November. According to the report, the country continued to gain construction jobs. Overall, the construction industry added 17,000 jobs in the month of November, and the BLS jobs report stated that the November numbers continue a trend that carried through 2013, when job gains averaged 15,000 per month.

Construction spending also continues to rise, indicating that individuals and businesses are starting new building projects. According to a recent story from Fox Business, November's construction spending in the United States was the highest it has been in almost five years. It rose by 1 percent, continuing an eight-month streak in spending increases. As demand expands, the market is expected to add new construction jobs to avoid overtaxing existing workers. The higher the demand, the more sensible it is for companies to hire new workers instead of paying overtime to the current workforce.

Arizona is one state that is expected to see a strong growth in construction jobs. In 2013, it added more than 10,000 jobs in the industry, which was excellent news for local builders. The state was one of the hardest hit by the 2008 recession, and home prices dropped more than 50 percent from their peaks. Since then, however, the housing market has evened out, and unemployment rates have steadily been dropping. Arizona's economy is expected to grow steadily, fueling higher construction spending and an increase in jobs.

For construction industry professionals, Texas is another promising state. Because it has low taxes for businesses, it continues to attract companies looking for fiscally sound expansion opportunities. New construction projects are expected to increase the number of construction jobs available in the state, making it an attractive prospect for industry professionals. The state's population has increased in recent years, putting a strain on the housing market and opening opportunities for new residential construction. Positive economic growth, reduced economic pressure, and high immigration rates also point to a potential increase in construction jobs.

Though construction jobs are expected to increase across the country in 2014, the overall growth rate is slow and steady. For professionals who are seeking a booming job market, Arizona and Texas are two strong possibilities.