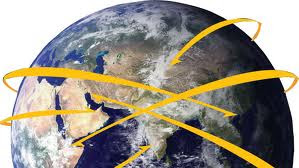 In World War Two, if all the weapons manufactured on both sides of the conflict were to be placed inside a giant container, the United States would have manufactured 2/3rds of the weapons placed inside that container. From the millions of gallons of ingredients we gave the Soviet Union without which they could not have made aviation fuel, to the trucks which they used to transport their troops for their lightning advances on the Eastern Front, to the massive amounts of supplies that were shipped to Great Britain for the Normandy Invasion which doomed the Third Reich.
However, without logistics, the system of moving men and material from one place to another, all this manufacturing power would have been meaningless. In logistics, the United States would come to excel. Yet sometimes She only excelled after learning lessons from brutal experiences. A prime example was the Battle of Guadalcanal in the Pacific Theater of The War.
After the Battle of Midway where the United States sunk 4 Japanese aircraft carriers, Imperial Japan decided it had to cut the United States lines of communication and logistics by building an airfield on the Island of Guadalcanal, located in the South Pacific just above Australia. With a strategically placed airfield, Japan could block the build up of America's growing might by threatening the supply chain which flowed from America to Australia.
Therefore, in August of 1942, the U.S marines surprised the Japanese with a daring strike after coast watchers, civilians with native helpers who volunteered at great risk to watch and report on Japanese ship and troop movements, warned the United States of the airfield. The U.S. seized the airfield with relative ease, such was the action's swiftness , but that is when the trouble started.

After loosing a naval battle where Japan sunk 5 Allied cruisers attached to the fleet protecting the invasion, the U.S. Fleet had to withdraw since the U.S. Navy had not yet built itself up to the massive size it would have in 1944 and 45. This left the marines with little supplies, since the supply ships had only partially unloaded. What's more, the supplies were not even adequate for their size.
The logistics department had made a key mistake it would not make again; it had loaded the supply ships in no particular order, with no priority. Because of this, important supplies were often stored in the back of the ships with no way to unload them ahead of less needed material. Also, if a supply ship was sunk, no one had thought of diversifying the cargo, so all of an important item, like water, would not be lost.

The Allies would learn from their mistakes though so that by War's end, there would be thousand ship sea-trains for massive land and naval operations. The ships never even needed to dock in ports except to make huge battle damage repairs and for sailor moral because the logistics had soared to such high quality.
by Jeffrey Ruzicka
Jeffrey Ruzicka is a retired executive of a small company. He lives with his wife in Western Pennsylvania.