Logistics employment in 2010: Gains and losses 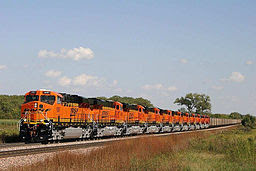 The U.S. Department of Labor has released its employment and unemployment tracking data for 2010, and for the logistics and transportation industries, the year was either good or not so good, depending on the sector.

If you were a railroad worker, it was a good year, for quite likely, you were called back to work after some months of idleness if you weren't working already. Classification-yard activity clearly picked up, as evidenced by the 11.8-percentage-point fall in unemployment (from 16.4% to 4.6%) and the 16% jump in employment among railroad conductors and yardmasters in the last year. That is a sign of rising rail traffic, which kept the locomotive engineers busy; while total employment among their ranks held steady, the unemployment rate plunged from 2.5% to 0.4%.

On the road, total employment fell and the unemployment rate rose among truck drivers and route sales truck drivers, though this segment of the industry continues to employ more people than any other - some 3 million last year, down from 3.1 million in 2009.

Among actual logisticians, both the total number employed and the unemployment rate rose in 2009 - a good sign, for it indicates that job-seekers in the field anticipate better employment conditions ahead.

On the whole, the unemployment rates in logistics-related fields were below the national average in 2009, which suggests that opportunities in most of the industry are sufficient to meet demand - and that distribution activity is holding steady at the least. Sooner or later, the companies that make the things being distributed will have to hire more people to handle the increased production. At least, we hope so.

Opportunities in logistics abound at LogisticsJobSite.com.

Sandy Smith is an award-winning writer and editor who has spent most of his career in public relations and corporate communications. His work has appeared in The Philadelphia Inquirer, the Philadelphia CityPaper, PGN, and a number of Web sites. Philly-area residents may also recognize him as "MarketStEl" of discussion-board fame. He has been a part of the great reserve army of freelance writers since January 2009 and is actively seeking opportunities wherever they may lie.