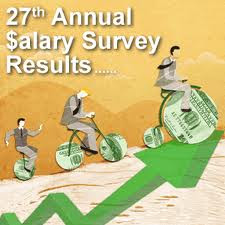 When it comes to income, the logistics industry has emerged from the recession. The median salary of those with jobs in logistics management in 2010 hit its highest level ever - $90,000 - on Logistics Management magazine's 27th annual salary survey. The figure is up 2.2 percent from the previous year and 12.5 percent from 2007, the last year of a three-year dip in salaries.

A good number of those logistics professionals are now paid quite well. Of the 669 people who responded to this year's survey, 43 percent held jobs with annual salaries of $100,000 or better.

The survey results suggest that those seeking positions in logistics management will find jobs that pay well, and the more education they have, the better the pay. High school graduates, on average, earned $64,835 last year, while college graduates earned $109,634 and those with advanced degrees $131,453. MBA holders earned a smidgen more.

With income at these levels, factors other than money become important drivers of job satisfaction, and the LM article noted that quality of work life issues were major concerns for the survey respondents.

All this points to good prospects for job seekers in logistics who have kept up their professional ties. And for those considering the field, going back to school to gain advanced knowledge is also a good idea. LogisticsJobSite.com offers resources that can help job seekers reconnect with peers and advance their education.

Sandy Smith is a veteran freelance writer, editor and public relations professional who lives in Philadelphia. Besides blogging for LogisticsJobSite.com, he has written for numerous publications and websites, would be happy to do your resume, and is himself actively seeking career opportunities on Nexxt. Check out his LinkedIn profile and read his other posts on LogisticsJobSiteBlog.com.