Metro Areas With Most Added Construction Jobs in 2013 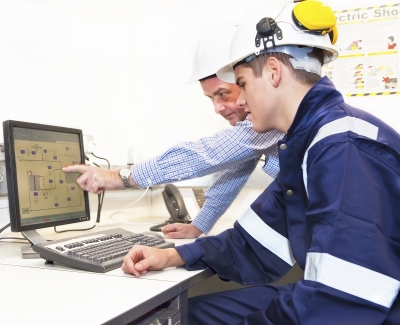 Though peak employment levels are still elusive in most metro areas, experts are calling 2013 a strong year for construction projects. Construction jobs increased in the majority of areas, and strong niche markets and projects in various cities continue to bolster numbers in the wake of several years of recession. Economists urge cautious optimism, however, as construction is still in a recovery period.

Associated General Contractors released data for construction jobs in October 2013. Those numbers indicated a year-over-year increase in industry employment in 215 of 339 measured metro areas. Of the 124 areas that didn't see an increase, 50 remained stagnant and 74 experienced a decrease in construction jobs.

AGC data places the Santa-Ana-Anaheim-Irvine area in California at the top of the list for growth. The area gained 9,700 construction jobs from October 2012 to October 2013; that gain represents 13 percent of industry jobs. The area with the largest percentage gain in construction employment was Pascagoula, MS, which saw a 35 percent gain with 1,500 additional jobs. Other areas with sizeable increases include the metro areas around Atlanta, Boston, and Minneapolis-St. Paul.

The increased number of construction jobs in various areas is a reflection of a recovering national economy as well as creative efforts and construction projects in each city. For example, experts point to new household formation and job growth in the Philadelphia area as a reason for construction growth. Area job growth is reportedly limited to specialized fields such as healthcare, but it is contributing to the need for rental housing and the creation of apartment building projects of various levels. Apparently, the increase in apartment construction is a result of the growing trend for families, in the wake of the recession, to rent rather than purchase homes.

Though things are looking up in some areas, construction as a whole is still recovering from the recession. Floyd Norris of the "New York Times" points out that slow recovery in construction employment is keeping national employment levels below peak performance. AGC data also indicates there is ground to be gained—only 21 of 339 metro areas have recovered prerecession industry employment levels. Time and sustained growth are the long-term solutions for increased jobs, but experts point to federal Water Resources and transportation funding as a source of future job creation. Stephen Sandherr of the ACG believes Congress can boost construction growth through bipartisan support of such legislation.

The AGC figures for October 2013 are positive news for anyone looking for construction jobs. Inconsistent work growth across metro areas means you may need to relocate, but experts believe sustained growth over the next few years could see construction employment at peak levels once again.