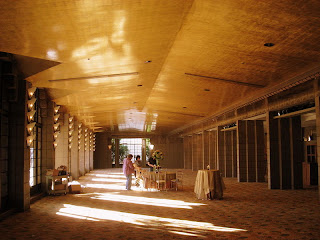 Savvy online writers know that if they put in Governor Jan Brewer or "Arizona immigration bill," they'll get thousands of hits from curious visitors. But in the hospitality industry, it's often the case that the national media tends to overstate the impact that a political action will have on a given industry.

If you were looking for a position and considering a move out of state, you might have crossed the Grand Canyon State off the list because of concerns from the state Chamber of Commerce and other industry groups after state bill 1070 was signed into law.

According to a recent survey of Arizona employers, at least one in six are planning on hiring, with the most promising leads seen in hospitality and leisure jobs, among other industries. Even better is the fact that seventy-five percent of employers in and around Phoenix are planning on maintaining staffing levels, so any turnover translates into job opportunities.

Compared to the situation in other states, that represents promise, not the sign of impending problems. And the talk of boycotts and other measures simply hasn't added up to a significant decrease in the travel to the state.

On the other hand, there are several government actions that you should keep a watch on, although they haven't included Arizona as yet.

The Napa wine valley and the Jersey Shore including Atlantic City are two strong areas for tourism and hospitality. But rather than look at short-term media stories like the immigration bill, the long-term recession issues afflicting California and New Jersey bear mentioning.

Both are operating with state budgets that face billions of dollars in deficits. That means that any growth that's going to come will be from private sources. To take Atlantic City as an example, even though New Jersey Governor Chris Christie has pledged a revitalization effort, it still faces new competition from the Lehigh Valley and the new casinos in the Philadelphia suburbs.

Putting It All Together

If you're looking for hospitality jobs that offer good security, one option is to choose employers with bases of operation in numerous states and international locations. Another is to research what the private and public sector are doing to promote growth in certain regions. Recognizing the difference between a flash-in-the-pan like what occurred in Arizona and institutional problems in New Jersey and California can help you plan for the future with confidence in the hospitality sector.

[Image from the public domain via Wikimedia Commons]