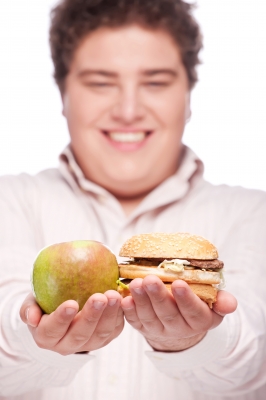 For years, nobody talked about obesity in developing countries because so many people were starving, and that seemed to be a bigger problem that needed more attention. Unfortunately, the obesity rate in these countries has grown so high that the problem can no longer be ignored. In fact, the rate in these areas nearly matches that of many European countries.

The Overseas Development Institute (ODI) recently released alarming numbers showing that obesity rates are climbing across the entire globe. The most surprising statistic is that more than 900 million people in developing countries are either overweight or obese. In fact, as of 2008, poorer nations are home to almost twice as many obese people as wealthier ones—904 million versus 557 million. As long as no action is taken in these countries, those numbers will continue to rise, causing numerous public health issues.

The higher a country's obesity rate, the higher the instance of several weight-related conditions and diseases. In fact, obesity itself is considered a disease by several major healthcare groups, including the American Medical Association, though this designation may have some drawbacks. Disease or not, obesity is leading to more heart disease, diabetes, cancer, and strokes. These can be serious and sometimes debilitating conditions that require medical care. If left untreated, many of these conditions can become fatal. In addition, the poor diet of largely processed, sugary, and fatty foods that leads to a higher obesity rate can also lead to vitamin and mineral deficiency. Even if people have plenty of food to eat, they can exhibit some of the same deficiencies that malnourished people do, depending on the vitamin and mineral content of their food. Since nutritive content is generally low in processed foods, an obese person then has yet another medical issue to contend with.

The problem is growing, but little is being done in developing nations to fight it right now. Governments are loath to tell people what to eat, and many people don't want to be told what should or shouldn't be on their dinner tables. In addition, the processed food companies have powerful lobbyists who try to persuade politicians not to change the status quo. To make matters worse, in several of these countries, healthier diets can cost up to 30 percent more, making them prohibitive for most families.

Despite the fact that developing nations still have many hungry people, an obesity epidemic is also underway. With obesity rates rivaling those of industrialized nations, these countries are facing public health crises. The problem will only continue to grow as long as politicians don't want to get government involved and processed foods remain a normal part of everyday diets.