Realistically Optimistic Mindset Necessary for Construction Growth in the US 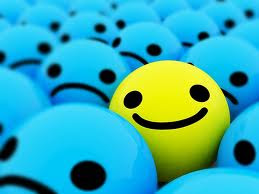 If you are the owner of a construction company or you are looking for a job in construction, get ready for some good news. Despite the rumblings of an economy that is not recovering as quickly and fully as expected, construction in the United States is expected to grow over the next ten years. Tina Barbaccia reported in Equipment World magazine that “Despite weaker than expected annual growth of +1.3 percent in gross domestic product (GPD) during the second quarter 2011, private sector investment in U.S. construction rose by an annual rate of +8.1 percent for non-residential and +3.8 percent for residential construction, reversing declines in the first quarter of 2011, according to a recent report.”

This is good news for anyone working in the US construction industry. Taking a long term perspective allows companies to make plans that include growth in market share and gives them more reasons to plan accordingly. Oxford Economics estimates that $14.5 trillion will be spent on U.S. construction in 2010 prices during the next decade through 2020. That is an enormous amount of money that will boost any economy especially the United States.

More good news comes from Bob Tita and Doug Cameron who reported in Caterpillar Inc. that global retail sales of its construction machinery rose 35% in the three months to the end of July of 2011, though the pace of growth weakened in all regions except Latin America.

Of course there is plenty of bad news that dots the horizon of the construction industry in the U.S., but in comparison, there are many things now happening that will substantiate the positive mind set taking shape around the country.

Success is no accident and neither is failure. If you own your construction business or work in one, taking a realistic, optimistic approach to the future, can spell the difference between seeing opportunity or merely dismissing it as an interruption. Looking for the kind of variables that can be building blocks to your business success is the mark of a company that is positioning itself for a successful future.

Tom Borg is a consultant in leadership management, team building and customer service. Please see more of his blogs at constructionjobforceblog.com and csjobsblog.com To view additional job postings go to Nexxt


Become a member to take advantage of more features, like commenting and voting.