Retail rebound could be good news for logistics 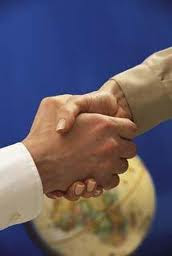 In my last post, I noted that most of the nation's logistics, warehousing and distribution leaders were cautiously optimistic about business in the coming year.
Here's one reason why they may be: Retail sales are on the rebound.
As of November, retail sales had risen for five straight months, and most of the nation's retailers were reporting stronger-than-expected sales for the all-important Christmas shopping season. Even with weaker-than-expected December sales figures posted by a number of retailers, sales for the month were consistent with a 3.3% comparable-store sales gain for the year, which is the the best sales performance overall since 2006 - and the December sales figures are better than last year's.
If consumers are back in stores with wallets open, it's good news for the logistics industry because someone's got to keep those store shelves stocked. More goods sold means more deliveries; more deliveries mean more trucks on the road; more trucks on the road means more truckers driving; more truckers driving means more activity at the warehouse and distribution center, which means more people working at the warehouse and distribution center.
It's all so simple. There's only one question: Will this rebound last? As with the other relatively rosy economic statistics, no one's sure whether consumers will continue their spending spree. Without higher job growth, they might not, and job growth, while real, remains weak. Still, distributors, truckers and third-party logistics companies can be forgiven if they buy some champagne and keep it on ice for later in the year.

Sandy Smith is an award-winning writer and editor who has spent most of his career in public relations and corporate communications. His work has appeared in The Philadelphia Inquirer, the Philadelphia CityPaper, PGN, and a number of Web sites. Philly-area residents may also recognize him as "MarketStEl" of discussion-board fame. He has been a part of the great reserve army of freelance writers since January 2009 and is actively seeking opportunities wherever they may lie.