The Gender Wage Gap in Engineering 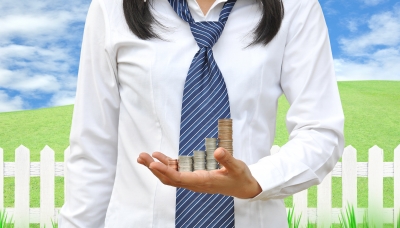 Pay inequality in engineering jobs is a big issue that has serious consequences for workers and employers. The exact cause of the gender wage gap remains under much debate. In many industries, the disparity is often attributed to sexism and gender discrimination. In the engineering industry, however, deeply ingrained social ideas about gender may also be contributing to the problem of men and women being paid differently for the same engineering jobs.

Some experts argue the salary gap in engineering jobs and other industries is because of the life choices women make. In August 2012, Ramesh Ponnuru wrote an article for Bloomberg.com titled "Don't Blame Discrimination for Gender Wage Gap," in which he argued that women are more likely to take part-time work and to drop out of the workplace when they have children¾both of which can affect the amount of money they make. While that certainly can explain some of the pay inequality, the Government Accountability Office conducted its own research, which accounted for these factors, and still found women earned about 80 percent of what men did for the same jobs.

Other experts believe the valuation of work performed by men and women in STEM professions is influenced by social ideas about each gender. Rice University sociologist Erin Cech analyzed data from the National Science Foundation pertaining to 10,000 college graduates who worked in engineering jobs. She found the pay gap between men and women averaged about $13,000 per year and that the women in the group were more likely to work in industrial engineering, chemical engineering, or other fields considered to be soft engineering.

Cech believes the wage gap may be due to the undervaluation of the type of work women do in the industry. In this profession, technical skills are considered more valuable than social ones, and people in engineering jobs that emphasize technical skills such as electrical or computer engineering are typically paid more. Unfortunately, men have traditionally been seen as the ones with the greater capability for handling technical work and so have benefited from the culture of prioritizing those skills. In fact, Cech found women were penalized via wages for engaging in technical work even when the jobs were related to their degrees.

Like most social issues, the wage gap in engineering jobs is likely the result of a combination of factors. As a first step, the engineering industry must take a hard look at itself and do what it can to remove ideas that contribute to gender discrimination in pay.