Tracking Your Every Move 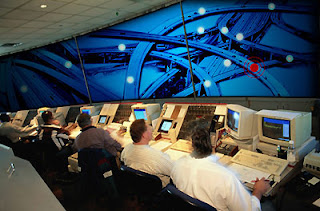 by Alex A. Kecskes
Are you ready for Big Brother on the road? The National Highway Traffic Safety Administration (NHTSA), under guidance from the Department of Transportation, will soon require the use of "black boxes" in all new cars in the US. Engineers have been refining and enhancing this technology for years.
Known as “Event Data Recorders” or EDRs, the devices have already been fitted into many new cars. Like the EDRs in aircraft, they only capture crash-related data—things like vehicle speed, airbag deployments, and brake/gas application a few seconds before and after impact. This information is often critical during accident reconstruction when combined with physical and forensic evidence.
The DOT recently ruled that after September of 2012, all EDRs in new cars must record the same 15 data points. The fear has always been that this data could be expanded to include GPS driving routes, driving behavior and much more.
Privacy advocates warn that there could come a time when every car will use multiple cameras to record its surroundings. This could involve the use of a so-called “Jesus button” to record the actions of bad drivers. Authorities could even install black boxes that can disable your vehicle if you fail to show up for a court date or get too many speeding tickets. Insurance companies could require you to use a black box to maintain your coverage. General Motors’ OnStar telematics system already allows police officers to remotely shut down a car’s engine during a pursuit.
Obviously, the DOT needs to look into who owns the tracking data, how it will be used, and what the driver should know. In this age of rampant computer hacking, a hacker could track your driving habits, disable your car on an isolated road and leave you vulnerable to crime.
For an added perspective, check out this video:
Alex A. Kecskes has written hundreds of published articles on health/fitness, "green" issues, TV/film entertainment, restaurant reviews and many other topics. As a former Andy/Belding/One Show ad agency copywriter, he also writes web content, ads, brochures, sales letters, mailers and scripts for national B2B and B2C clients. Please see more of his blogs and view additional job postings on Nexxt.