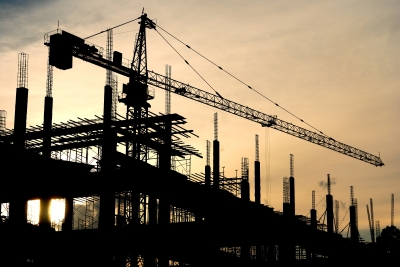 The infrastructure that allows citizens to enjoy fast travel between locations in America is in serious need of repair. A recent release by the American Society of Civil Engineers pegged the necessary cost to repair and update the nation's infrastructure at $3.6 trillion. This could be great news for construction workers in the United States, providing a potential growth of five million or more jobs in the nation as it buckles down to tackle important projects and keep its citizens safe from failing infrastructure.

In "Too Big to Fall," author Barry LePatner noted that over 600 bridges have failed across the country since 1989 and another 18,000 bridges have critical flaws that could cause collapse in the near future. Bridges and similar infrastructure projects are a major concern for the federal government, as they directly relate to the safety of the nation's citizens, and high-profile incidents cast government officials in a very negative light. The McKinsey Global Institute notes that the country must divert at least 1 percent more of its total gross domestic product towards repairing infrastructure to meet future needs.

This could mean many opportunities for construction workers and firms in the near future. The federal government has created initiatives designed to help combat the problems of aging and inadequate infrastructure. Savvy construction business owners and managers should strive to understand how to apply for governmental infrastructure projects at every level. Learning how to apply for local, regional, and national work projects now can give your company a competitive edge in the future as the government ramps up its spending and allocations to help prevent potentially catastrophic failures.

Along with an executive-level understanding of how to get important government projects, construction employers and workers alike should carefully evaluate their current tools and skills. Modern advances in equipment and the skills required to use them have allowed companies to save time and money when completing projects, letting them bid lower without sacrificing overall profits or quality. Workers able to handle the latest equipment and employ recently developed construction methods can achieve more with less effort.

The infrastructure in the United States is in dire need of assistance, and construction workers are likely to benefit greatly from a boom in the near future. Understanding how to get your company's foot in the door and apply for these projects may lead to profits in the future. The task of keeping citizens safe from hazardous bridges, railways, and other transportation infrastructure is an important one that can be tackled with the latest in construction tools and techniques. Workers and firms who prepare for this boom may gain a competitive edge as the government rolls out infrastructure update initiatives in the near future.