What Are the 5 Biggest Mistakes Made by New Executives? 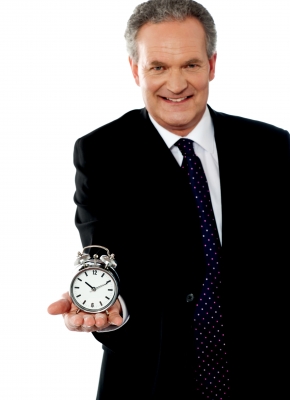 Congratulations, you just earned a place among the c-suite elites of a new employer. Don't become the statistic that says nearly half of all new CEOs leave their position within 18 months. Avoid these five biggest mistakes that a new executive makes upon taking a new job. That way, you enjoy your job more and the company grows along with you.

You want to prove to the people around you that you're a go-getter and you get things done. However, you can't make too many changes in a short amount of time. You run an entire company, and a new executive has to get all of the facts before implementing a slate of decisions. You just arrived on the job, so wait a month or two before making long-lasting choices that are hard to reverse. Find out what your predecessor wanted to do, evaluate each decision thoroughly, and then take the best course of action based on data and your skills.

Laying out your vision and a new direction for the company right away is another of the biggest mistakes you can make as a new executive. Rather than coming in and taking immediate action, use the first few weeks to listen and learn from those who've been around awhile. Value the time of the people around you, get to know everyone at the company, and take on the role of an equal to everyone. This helps gain the trust of your co-workers as you strive to move forward together as a team.

As a new executive, you have plenty of relationships and ideas that come from outside sources. These company outsiders helped you get the job, but you shouldn't place a higher value on these external relationships versus the ones you must nurture within your organization. Earning their trust and hitting it off with your new colleagues becomes vitally important to your success and the company's success.

Telling your colleagues about what you did at your past organizations doesn't help foster a sense of camaraderie. Eventually, that kind of talk gets old. Rather than saying, "At my old company, I did this...," change that around to "What do you think about this?" You immediately start off with a collaborative tone rather than a didactic one. Share your experiences sparingly, and spend more time listening and building relationships rather than teaching. Ask questions instead of trying to provide answers.

Although you're one of the top dogs in your company, that doesn't mean your decisions happen in a vacuum. Don't be afraid to ask for help among your team and support network. Gather your trusted co-workers and facilitate a 90-day plan to get the company moving forward. Imagine yourself as a coach for a football team. As a new executive, your overall goal is to move the team forward to score points and win the game. You can't win the game by yourself or without the assistance of the players on the field.

As a new executive, you cannot afford to make errors. Learn from these five mistakes to make everyone's lives easier when you take the helm.

Photo courtesy of stockimages at FreeDigitalPhotos.net