What Does Diet Soda Have to Do With Waist Gain? 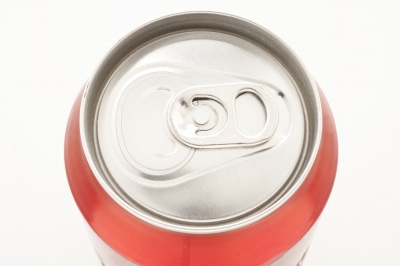 A new study shows that for adults over age 65, consuming diet soda regularly may lead to an expansion in waistlines, which could possibly contribute to the development of chronic illnesses that are associated with excess belly fat. The study was led by Dr. Sharon P.G. Fowler of the University of Texas Health Center at San Antonio.

It is no great surprise that consumption of sugary sodas contributes to many health problems, including tooth decay, obesity and diabetes. Medical professionals strongly recommend eliminating or minimizing consumption of these sugary drinks to promote health and wellness. However, far too many people replace sugary soft drinks with their artificially-sweetened diet counterparts in hopes of losing weight while enjoying their taste.

Fowler's study, which was published in the Journal of the American Geriatrics Society, suggests that diet soda, at least for certain age groups, poses many of the same health risks as regular soda, including diabetes and metabolic syndrome. The study followed 749 people over age 65 for an average of nine years, analyzing data from physical examinations and medical questionnaires.

People who refrained from diet soda consumption gained an average of 0.8 inches in waist circumference over the nine-year period, while their diet soda-drinking counterparts gained an average of 1.83 inches from occasional consumption. Those who consumed diet soda on a daily basis gained the most, averaging more than 3 inches gained in that period. The study also took other factors into account, such as smoking habits, diabetes and activity level.

Fowler cautions that the study does not prove a direct causal link between diet soda consumption and waist gains. "We can't prove causality, but there is quite a consistency in observational studies," she tells Reuters Health.

One theory that may explain the waist gain phenomenon is that people who drink diet sodas may subconsciously compensate by overeating, suggests Dr. Francisco Lopez-Jimenez of the Mayo Clinic, who was involved in the study. "The main point," says Lopez-Jimenez, "is for those who drink a lot of soda, diet or not, there may be a relationship with obesity." Quite possibly, the changes in waist circumference may also be attributed to changes in the body at the molecular level. The strong acidity of diet sodas may have an impact on how the body absorbs nutrients.

While the results of the study don't necessarily justify a recommendation to avoid all diet soda, they do clearly show that consuming it as a replacement for regular soda does not cause weight loss and may even have the opposite effect. Fowler recommends people find beverages made without sweeteners.

"Calorie free does not equal consequence free," says Fowler. The study shows that consuming diet soda in lieu of regular soda does not automatically guarantee weight loss. Although it remains unclear whether diet soda causes serious health concerns, she still hopes that frequent diet soda drinkers will try to balance their consumption with other, healthier beverages, such as water, tea or coffee.

Photo courtesy of m_bartosch at FreeDigitalPhotos.net