What Happened to Job Security for Engineers? 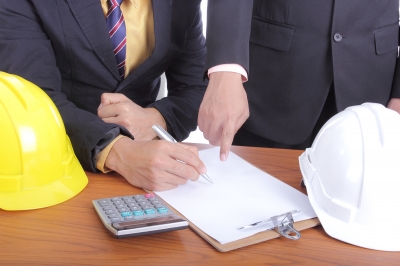 Traditionally, engineering jobs were the sort of long-term, stable employment that your parents wished you could find. To be an engineer—of whatever stripe—was to enjoy respect, a healthy income, and the sort of job security that today seems almost mythical. What happened to those secure engineering jobs? Over the last forty years, the United States has been shedding jobs in the real economy, especially in manufacturing, agriculture, and extraction, all of which were rich with engineering jobs. This shift to a service-based economy has devastated the job security of workers across the country, and the once-safe holders of those engineering jobs have found themselves in the same boat as machinists and steelworkers. Where your job went, and what drove the changes that ensure instability in any future engineering jobs, are the subject of some debate.

After World War II, the United States was a country on the rise. With a full 50 percent of the world's industrial capacity, the devastation of overseas rivals, and massive state investment in public works, the US was a paradise for educated workers. Engineering jobs were plentiful at the time; as the Interstate Highway System was being planned, major broadcasters were working out the technical hurdles for coast-to-coast television networks, and government agencies such as NASA went on hiring binges. Academic posts were abundant as well thanks to the G.I. Bill sending millions of veterans to college and providing ample opportunity for engineers to apply their knowhow in the classroom.

All of this demand began to slacken in the 1970s. The space race was largely over, the Interstates had been built, and the tenure-track academic engineering jobs had been filled. Where preserving America's engineering jobs would have called for a massive commitment to public works, an exhausted political climate offered few technical opportunities outside of the Pentagon system. As job opportunities declined, through a combination of over-competition and diminishing investment, so went the security engineers had come to expect.

Fostering instability in the job market became official policy in the 1980s. Under the banner of creating a more flexible workforce, economic planners attached to the Reagan Administration, along with allies in Congress and the business community, pursued policies of free trade, the elimination of tariffs, and the general lack of enforcement of labor law—during the period, illegal firings increased by 600 percent—as part of an effort to foster competition among jobseekers. It was at this time that the US Chamber of Commerce began actively encouraging major domestic manufacturers such as GM to relocate overseas.

These trends haven't been reversed. Improved capital flow and the general lowering of barriers have put far more power into the hands of employers relative to even skilled employees. Today, rather than offer a 401(k) plan, an employer who needs a few hundred engineers has a choice between a domestic workforce that's hungry for work and a foreign workforce that will do it for much less money. Conditions of general scarcity make secure-for-life engineering jobs a thing of the past.

The present climate can be rough on engineers. Specialists in older fields, such as chemical and mechanical engineering, face a kind of lost legacy of secure jobs. Newer specialties, such as network security and database management, were born to a world of instability and term contracts. To reverse these trends would require a massive shift in the nation's economic priorities, which suggests that the days of reliable engineering jobs might be long in coming back.