Why You Should Keep Re-inventing Yourself in the Construction Industry 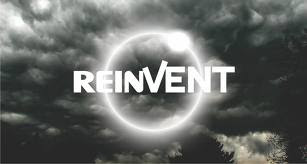 The job market is constantly changing and so should you. The construction career of your dreams may be in the making as you read this article. Things are changing so rapidly today, that it only seems logical that your ability to be flexible with your career direction and training will become a major advantage.

The industries that are the most successful today may not be tomorrow. For example, as prosperous and powerful as the oil industry is in 2011, its status may totally change within the next ten years. With stronger and stronger development of lobbying efforts for cheaper and cleaner alternative energy sources, may come the end of the oil dynasty as we know it.

With the growing power of China’s economic influence comes the need for an alternative source of energy. Presently, its dependency on dirty coal as its main energy source threatens the health and world reputation of this vast country. In 2008 this country’s population was tallied at 1.3 billion people. Compare that number to the United States population that was estimated to be at 307 million in 2009. Global giants like China will no doubt, play a role in altering the energy industry direction in the United States.

So, what does this have to do with you and the construction industry? Take a moment and look around, go online and research the trends that are beginning to appear in the field of construction. Where are new needs beginning to form and develop? It wasn’t too many years ago modular construction was thought to be no competition for standard forms of construction in the home building industry. Today, that story has changed. Wikipedia reports that modular construction of homes and buildings “include construction camps, schools and classrooms, civilian and military housing needs, and industrial facilities. Modular buildings are a perfect solution in remote and rural areas where conventional construction may not be reasonable or even possible. Other uses have also been found for modular buildings including churches, health care facilities, sales and retail offices, fast food restaurants and cruise ship construction.”

When a trend like this starts to produce more and more benefits and conveniences than its predecessor, it becomes more and more of a viable alternative. The language used to describe new industrial trends adds increased acceptance. For example, “some modular building manufacturers have begun to refer to modular buildings as “off-site construction” to combat the negative image of modular which is due to portables or trailer stereotypes.”

Wikipedia goes on to say that, “Some home buyers and some lending institutions resist consideration of modular homes as equivalent in value to site-built homes. While the homes themselves may be of equivalent quality, entrenched zoning regulations and psychological marketplace factors may create hurdles for buyers or builders of modular homes and should be considered as part of the decision-making process when exploring this type of home as a living and/or investment option. In the UK & Australia modular homes have become quite accepted in regional areas; however, they are not commonly built in major cities. Recent innovations allow modular buildings to be indistinguishable from site built structures.”

By maintaining an increased awareness of the changing market trends in construction, you will position yourself to take advantage of job skills training that will create job opportunities for you in the area where you have focused.

Tom Borg is a consultant in leadership management, team building and customer service. Please see more of his blogs at constructionjobforceblog.com andmanufacturingworkersblog.com. To view additional job postings go to Nexxt.